Margot Moss is a past-President of the Florida Association of Criminal Defense Lawyers, Miami Chapter and was just elected to serve as a Board member on the Federal Bar Association, Miami Chapter.  She was recently profiled in the Attorney At Law Magazine and the Florida Association of Women Lawyers Newsletter, has been consistently recognized as a Top Lawyer by Best Lawyers and the South Florida Legal Guide, and was declared a Most Effective Lawyer in Criminal Law by the Daily Business Review in 2018.  The 2020 Chambers & Partners said that Margot “is very smart, industrious and detail-oriented.”

After graduating law school, Margot served as an Assistant Public Defender for over 10 years, where she tried over 100 cases and served as Training Coordinator teaching trial skills for junior attorneys. She has taught at the Gerald T. Bennett Prosecutor/Public Defender Trial Training Program, lectured attorneys regarding criminal and civil trial practice, and also volunteered with the Ensuring Equal Justice Initiative and Lawyers for Children America.

Margot is the author of  several articles  which have been published in NACDL’s The Champlon (Restitution in Federal White Collar Cases:  Squeezing Blood From a Stone), FACDL’s The Florida Defender (The Drug Trafficking Statute Can’t Handle the Pain, Removing the Veil of Secrecy in Grand Jury Proceedings, You Never Said That Before:  A Brief Review of Negative Impeachment), the South Florida Legal Guide (Will There Be Criminal Prosecution?, The Pain of Pill Mills:  Overcharging for Overdistributing), The Miami Herald, and The Dade County Bar Association Bulletin.  She has also frequently presented on different areas of criminal law around the country.

In addition to her legal work at Markus/Moss, Margot believes strongly in giving back to her community.  She frequently represents individuals pro bono, serves as a Criminal Justice Act attorney to represent court-appointed indigent defendants, and has served on multiple local boards.  She is also the co-founder of Gideon’s Hope, a non-profit organization which annually awards scholarships to Miami-Dade Assistant Public Defenders in order to supplement their income so that they can continue their work in public service.

She has been an active member of several other professional organizations, including the Women’s White Collar Defense Association, the National Association of Criminal Defense Lawyers, Legal Services of Greater Miami, Inc., the Asian-Pacific American Bar Association of South Florida, and the Dade County Bar Association.

You can email Margot at mmoss@markuslaw.com. 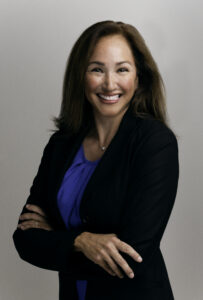 Masters of Music, University of the Arts, 1992

Bachelor of Music, North Carolina School of the Arts, 1988

Southern and Middle Districts of Florida